Extending the bandwidth of validity of FEM models used in vibroacoustic design is a generic objective of model generation processes at PSA Peugeot Citroën. Increasing this bandwidth implies a critical review of
test/analysis correlation, focusing on both experimental errors and parameters having a visible influence on the vibration characteristics.

Using the case study of an engine cradle, tools used to detect modal test inconsistencies have been developed. They allow to locate problematic sensors and to discard them from the experimental data 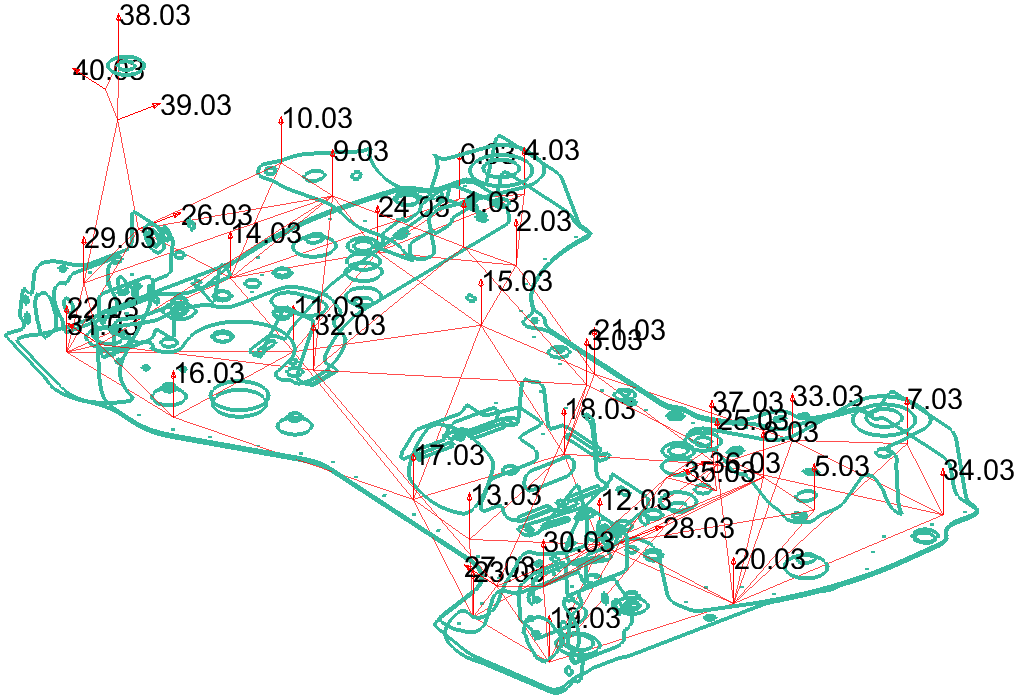 Connections are usually major sources of uncertainties in models. In this engine craddle model, SDT was used to refine the models of weld spots and weld beads  An energy based indicator was used to select which connections needed updating. 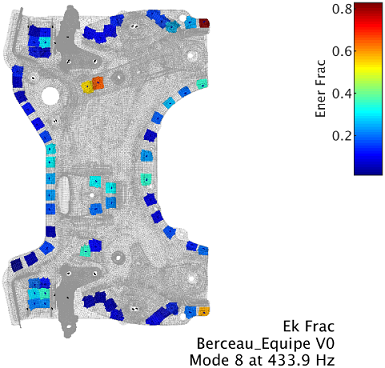 Another important parameter is the variable thickness of the engine craddle due to stamping. A remeshing strategy was adopted to take that factor into account.

The contact areads between the welded parts were shown to have a large influence on the dynamic response. 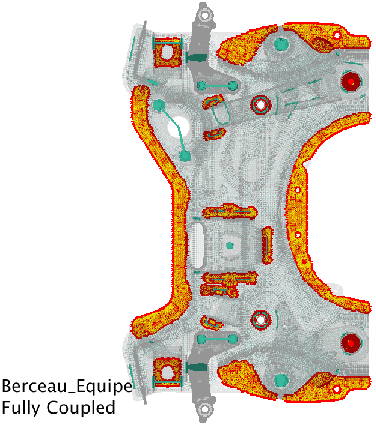 More details in the conference paper presented at ISMA 2016.